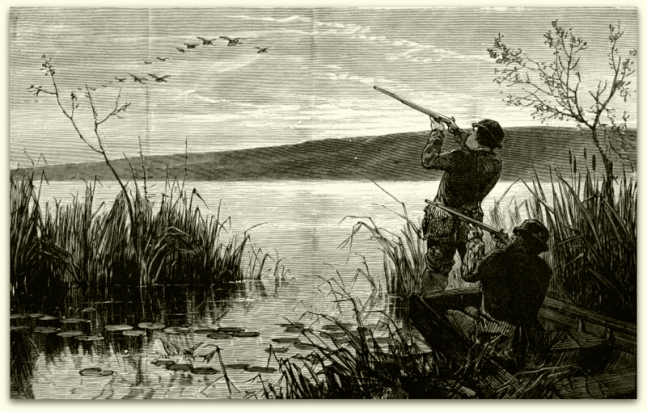 Today’s focus is on the Solar Eclipse at 22 degrees Scorpio.

A Solar Eclipse is like a New Moon on steroids. Each Solar Eclipse is part of a series, (referred to as the Saros Series), and eclipses tend to occur near the same degrees around every 18-19 years. So think back to November 1993 and you may find some clues as to how this eclipse will play out for you and the themes it may activate in your life.  Anyone with planets or major chart angles at around 18-24 degrees of the fixed signs (Scorpio, Aquarius, Taurus and Leo) may find this eclipse touches on major themes in their lives. If you know your astrological chart, take a look at where 22 degrees Scorpio falls in your chart–that area of your life will be highlighted, with continuing influence for the next 2-3 years in many cases.

Eclipses were always seen as harbingers by the ancients, who felt they foretold the rise and fall of rulers and were markers for important changes. We’ve already seen huge earthquakes, flooding in Venice, typhoons, and Hurricane Sandy hitting the Caribbean and the U.S. East Coast in the days leading up to this eclipse, so look to “earth changes” as a marker or theme for this eclipse.  As this eclipse is a “North Node” eclipse (it conjuncts the North Node of the Moon), it’s future-oriented, telling us it’s time to look and plan ahead and avoid becoming mired in what’s comfortable but ultimately confining. Since the Eclipse plus Saturn, the North Node and Mercury Retrograde are all in Scorpio, there will be a tremendous emphasis on rebirth/renewal which grants us the ability to ability to “burn off” some karma if we’re so inclined. It will feel somewhat “heavy” and serious, and we may find that certain people, things and situations that we’ve been tied to or relied upon may transform or be taken from us in some way. We’re forced to marshal our inner resources in order to deal with crisis situations, death, loss, and a certain amount of chaos.

Another theme will be finding where all the bodies are buried. The Scorpio (associated with the 8th house) emphasis may also direct the spotlight to our relationships with others, especially those relationships which involve commingling resources. Issues related to sharing (who’s giving more/who’s giving less), sexuality, opening up to others, financial problems (due to the polarity with Taurus/2nd house matters) may come up for review at this time. We may decide to end relationships, or they may be ended for us.

NOTE: Hanging on to things that we no longer relate to or need leaves no space for something new to enter. We may need to redefine “security” and open up some “empty spaces” in our lives now.

EVERYthing will come to light, especially things you’d prefer others not to know or find out about. With retrograde Mercury in Sagittarius squaring Neptune in Pisces (which just went direct), all the flotsam and jetsam will come floating up to the top. It’s important to seek clarity now, to be honest and straightforward in your dealings with others, and to realize that there are some things that need to be checked for truth and accuracy. Some may be exaggerating because they’re confused or just like to embellish; others may be intent on creating a fog of deception. Use those super-Scorpio intuitive/research powers to get to the bottom of anything that you’re unsure about–don’t accept things at face value. Mercury will retrograde back into Scorpio, meaning we may have to take a second look at things and can encounter delays as we attempt to move forward (because we have to unravel past messes!)

Another aspect of importance is the connection between Saturn in Scorpio and Uranus in Aries (both of them also connect with Pluto in Capricorn, so Pluto sextiles Saturn and squares Uranus). There’s a lot of power in this combination, and it could signify a time when “codes are cracked”. Serious application and hard work may open the door to surprising new discoveries at this time. In our own lives, we may find that this has been a difficult time, but whatever has been removed or destroyed has allowed us to reconstruct and rebuild (keys to Saturn in Scorpio) and this will become the new foundation for our future. Eclipse times often prove to be catalysts for change; they can take us to a new level quickly, although we’re not always comfortable with it at the time. Later on we see how necessary it was for us to be thrown into change. They knock us out of our complacency and interrupt the “regularly scheduled programming”.  Pay attention to what’s forming now, who you gravitate to, what’s you are building–these are all signposts to the future.

There’s also a Grand Trine occurring with Saturn in Scorpio, Chiron in Pisces and Ceres in Cancer. Uranus in Aries squares Ceres. This one tells us we need to take care of each other, and get serious about the needs and rights for minority populations, women, the disenfranchised and those who are struggling. Food shortages and distribution may be a problem during this time and we may be forced to come up with new solutions. This is a water Grand Trine, so the heart is opened to others–as water signs are considered feminine in nature and Ceres in Cancer is about nurturing, we can see the clash with Uranus in Aries as a marker for the U.S. elections. Some saw the results as an “upset” (Uranus in Aries is always full of surprises!) because they may have underestimated the concerns of women and minority groups and failed to realize that there’s no going backward any more–we must look to the future as the old ways are no longer relevant to our changing world.

Right after the eclipse, Venus connects with Chiron, further emphasizing the “everybody hurts” aspect that’s triggered during this period. This one tells us to open our hearts and give. We’re all connected, and we all can help each other out during difficult times. We’re seeing this here in the U.S. with the outpouring of assistance and supplies to those impacted by Hurricane Sandy. Yesterday I read about shipments coming to New York and New Jersey, donated by Katrina survivors. It’s a perfect example of how this aspect works. Once you’ve experienced pain and suffering,  you fully empathize with others who are going through tough times.

Remember, the influence of an eclipse will extend far into the future as it’s triggered by other transits. Dates to keep an eye on in the near future related to this eclipse will be November 20-21, as Mercury retrogrades back over the eclipse degree, then December 2-3, when Mercury goes forward again, plus December 8-10 when Venus and the Moon also cross the eclipse degree.

I’d like to leave you with a fragment of a lyric from the Semisonic tune, “Closing Time”, featuring a bunch of bleary-eyed drinkers facing the end of the night in a bar (nice image for that Mercury/Neptune square):

“Closing time/Every new beginning comes from some other beginning’s end.”

Sabian Symbol for today’s Sun: “Hunters starting out for ducks .”

Kozminsky Symbol for today’s Sun: “ A tax-gatherer demanding dues from a poor poet.”

The Sabian Symbol involves achieving goals. Since we’re dealing with more than one hunter, it involves group activity, planning and coordination. One meaning is of socially sanctioned aggression, letting loose, and competing with others. Since it’s an uneven battle (men with guns are generally more powerful than unarmed ducks), the warning here is the idea of overkill and becoming ruthless. There’s a difference between hunting to feed yourself and your family vs. hunting as sport or as competition. Learning how to focus, take aim, and obtain what you need is a valuable skill. Guns and shooting can be associated with Mars (the warrior planet) and as today’s eclipse falls in Scorpio (co-ruled by Mars), one lesson we may need to learn is how to “hold our fire” until the time is right. With Mercury also retrograde, we may want to let loose (Mercury in Sagittarius), but realize it’s better to hold off for strategic reasons (Mercury retrograding back into Scorpio). The eclipse may also highlight “lame ducks” in the political and economic sphere. Who is being targeted now? Armed groups may cause problems now, predators, looters, or those seeking to take advantage of others who have been “flushed into the open” (as in an ambush).

The Kozminsky Symbol continues the theme of culling or gathering something (as the hunters collect their kills). Again we see someone in a position of relative power going after someone with less power or resources. It can indicate doing something under duress. It also relates to the idea of “getting blood from a stone”–the poet isn’t likely to have much money-ever–in this scenario. With the eclipse in Scorpio (other people’s resources), the connection with taxation is quite strong. The issue of who’s getting taxed and how much has been an important one in the United States, with some classes of people feeling that they’re being squeezed out of existence by the demands for more and more tax payments. There is growing resentment as the economy worsens and people lose their jobs. This eclipse is likely to highlight and intensify these concerns over the next few years. Great amounts of attention need to be directed towards global economic concerns.

This combination says to me that there’s a screaming need for major changes in the way we think and focus on problems. We’re caught in a non-productive loop and need to slice through the mental chains so we can see clearly and move on. The voices in our heads are telling us lies. We need to uncover the truth. Bravery and boldness are required, restructuring is needed. Set yourself free–open your mind. Don’t get caught in fear-based chatter. Angry talk and threats may be a feature of this period, leading to confrontation. Pattern change is inevitable. Visionaries are needed–be one!