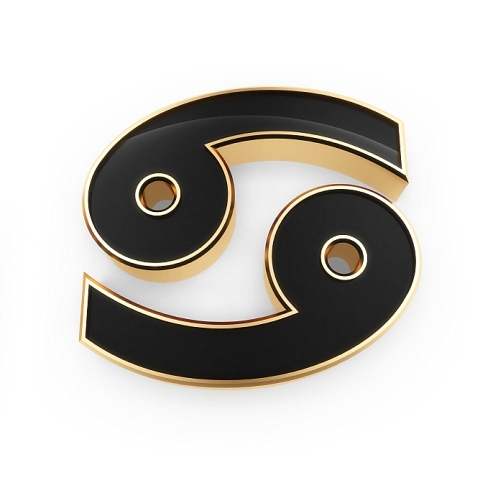 The Moon enters watery Cancer, where it’s usually pretty cozy, at 10:08 AM EST.  The Moon trines Neptune & Chiron and squares Mercury (which is just switching over into Aries and raring to go) and Uranus. Mars in a stress aspect to Saturn and a Venus/Neptune contact add to the fun. We want to get moving, but something’s in our way and our patience level isn’t exactly high today.  (This morning I had a literal illustration of this as more than one person decided to stand in the doorway during a busy NYC rush hour, completely blocking the entrance to the building so others couldn’t get through.) People may be emotional and irrational today or acting on “unconscious auto-pilot”, making them oversensitive to anything that smacks the least bit of criticism, so be kind or be ready with a box of Kleenex!    Theme song for today? “Stop Your Sobbing”.

Both of these symbols contain an element of relying on ancient knowledge or the karmic weight of history as part of the spiral of progress. In the Sabian Symbol, the sword reminds us of the deeds of the past and how they have influenced our lives. There’s also an echo of “lay down your sword” as battles end, fade into memory, then history, and it is hoped, ultimately lead to peace. In the Kozminsky Symbol, there are difficulties encountered, but by using an ancient tree (wisdom) as a means to cross the murky bog, we are able to take the next steps to the future.

Tarot Enhancer/Antidote:   Death/Hermit
These cards reflect the Symbols, noted above, showing us that ancient wisdom from the past (and from those who have passed) lives on in us today. It’s up to us to transform and use that knowledge in a new way. The old is dead, yet lives on, encoded in our DNA. We can access the past through reflection, meditation and “down time” and through contemplating works produced by those from centuries past. We can also break free of what binds us and reconfigure, using the best and jettisoning the rest.