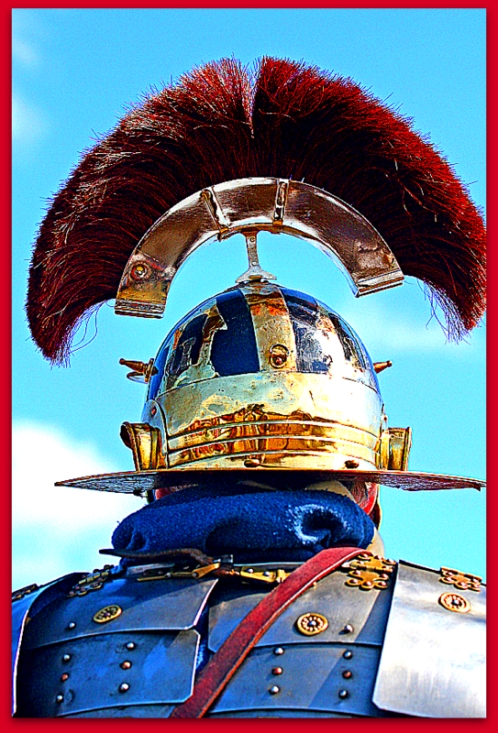 We’re doing the Void-of-Course dance for part of today as the Moon doesn’t enter Leo until 5:12 PM EST. Since Mercury’s also set to retrograde tomorrow, the best use of today’s energy pattern is to catch up or finish things you started some time ago. Take another look, revise, reassess, or rethink plans and projects. Since the Moon’s in Cancer for a while, it’d also be a good time to get a few things done around the house.

With the Moon marching into regal Leo, you’d think it might be a good day for matters of the heart, but today’s aspects aren’t all that hot. Venus is stressed out today in its connections to the Moon and Pluto. Major drama can ensue as Leo fire and flash is channeled into negative pathways. With Moon and Venus out of sync, people (especially the women in your life) may not feel comfortable in their own skin. That atomic Pluto connection can lead to some very strange behavior as people act out, mask their real motives, turn into control freaks, and/or try to manipulate their nearest and dearest. Inappropriate behavior abounds. People dredge up past gunk –it rises up like a vampire who only got nailed with a rubber stake. They either give you the cold shoulder or tear your head off (or both at once) because they’re feeling unloved or insecure. Try and soothe those hurt feelings and injured pride–it will make the day flow more smoothly.

Later in the evening the Moon connects with Mars and Neptune in stress aspects, so there’s not much of an improvement, as a thwarted Leo Moon is not a happy Leo Moon. Much drama ensues, but no one knows what it’s really about and by the end of the day everyone’s too tired to care. People are confused about what they want, but they know that whatever it is, they’re not getting it. Divine discontent and projecting hopes/fears/bullshit  onto others may result. Take the edge off tonight–run out and find an old-school potboiler of a film tonight, then sit back and watch other people’s emotional pyrotechnics.

Sabian Symbol for today’s Sun: “A church bazaar.”
Kozminsky Symbol for today’s Sun: “The interior of a tent of a Roman military commander, in which is a table set with abundance of food and drink in rich vessels of gold and silver.”
The Keyword for the Sabian Symbol is: “BENEFIT”.
The Keyword for the Kozminsky Symbol is: “ACCOMPLISHMENT”.
In today’s Symbols we see the Moon in action as it moves from Cancer to Leo. The Sabian Symbol, depicting a church bazaar, channels the energy of the Moon in Cancer. Church members gather to raise money for charitable purposes, seeking to help people in their own community.  This reflects the Cancerian desire to protect and care for the needy or helpless. The community comes together to support a good cause, raise funds and maintain societal institutions. The bazaar is also a place for people to gather and talk, exchange ideas, and make connections with others. The down side to this Symbol is clannishness, only associating with the “in” group, being in a clique, or looking down at or being unwilling to help those who aren’t part of your group.

The Kozminsky Symbol brings on the Leo. The main character is a military commander (Leo is the sign of kings and rulers) at his battle command post, getting ready to dig into a lavish spread complete with gold cups. Gold, the metal of the Sun, is associated with Leo. This Symbol highlights someone who has developed leadership capabilities and has a battle plan set and ready. They are rewarded for their efforts and know how to enjoy the good things in life, even under less-than-ideal circumstances (note that the commander is in a tent on the battlefield, during a break in the skirmish). There’s a larger goal in mind here, a battle plan, a desire to emerge victorious.

Both Symbols have an underlying message of working as part of a group or organization in order to assist the entity to achieve its goals (the church group is raising money for charity, the commander supports the goals of the Roman Empire). Both remind us to think ahead, plan for the future and use our skills to support those we’re allied with.

Here’s our Venus energy. Honor the feminine today. This calls to mind the code of chivalry, with Knights going on quests for Queen and country. Again we see the Cancer/Leo tone of exalted love and a willingness to dedicate the life to a quest for something greater than ourselves. This is universal love, transcendence of  personal desires, or an idealized love that inspires. It’s the poet or musician who writes or performs sonnets or songs in honor of a woman. On a mundane level, this could be a younger man with a mature woman, intimacy problems due to over-idealizing women, or the archetypal “Mamma’s boy” who cannot detach from his mother.

This combination also tells us it’s time to open up to our female side, to give birth to something. It’s about inspiration, creativity and the ability to manifest something that began as a dream or vision. The warning is that we have to do something; sitting around with pretty ideas but doing nothing or procrastinating leads nowhere. This is also a good combination for healing through the integration of the emotions and the physical body or helping others learn how to love themselves and their bodies.