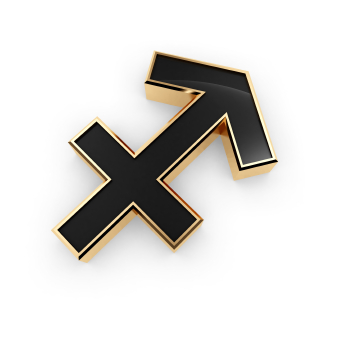 The Moon is in Sagittarius today.

The Moon’s in Sagittarius, so you might think things would be bright and breezy, but with Mercury connecting with Uranus, Jupiter and Neptune, Mars aspecting Jupiter, not to mention Venus square Pluto, we may be struggling to maintain our inner fire and optimism today.  It’s probably not a good idea to get in someone’s face today–you may feel you’re jittery or uber-stressed, but believe me, so are they!  We can mouth off or act up due to feeling ignored or undervalued, but what comes out of our mouths might not be exactly what we intended and the response from others may not be very enthusiastic.  Avoid power struggles with others an defer the big decisions to later.

Both of these symbols reflect the need for security and continuity in life, and the desire to protect or nurture things to that end.  A castle, a safe and an ancient bowl all are containers of some sort, to hold and protect what is valuable.  The violets remind us that life continues and is not static and that we must be careful not to let an excessive emphasis on tradition and guarding become stagnant–there needs to be room for growth. Use your well-established foundations to enable you to confidently take the next step forward; don’t get caught up in stasis or fear of change.

Enhancer/Antidote:   7 of Wands/Ace of Cups (The struggle outside mirrors the struggle within; learn to love and accept yourself and you will cease flailing at shadows and open yourself to emotional cleansing.)

The deck used is The Illuminated Tarot by Carol Herzer. You can see more of the deck here: