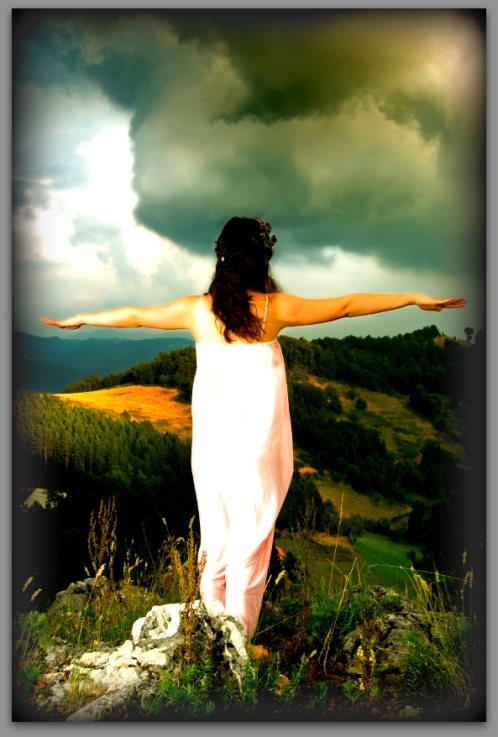 The Moon enters Virgo (the sign of tomorrow’s New Moon) at 6:43 AM EDT, and it’s a day where those of us in the Northern Hemisphere see Summer receding in the rearview mirror as we’re propelled into the wonderful world of work, duty and fulfilling obligations.  I’ve known several chiropractors who had Virgo Moons, so let’s just say the energy relates to getting things in line and making proper, precise adjustments so that everything works better. We’re going to need some backbone today, as Mars and Pluto collide at 9:45 AM EDT. This combination always reminds me of a nuclear reactor, and it’s not surprising to me that one of the top stories today relates to the horror that is Fukushima.  No doubt there’s much more information being withheld, but it seems to be reaching critical mass (Mars/Pluto), so they probably have reached a point where they can’t equivocate or keep it under wraps any more. Not exactly cheery news to take in with our Cheerios this morning, for sure.

Next at bat is the Moon opposite Neptune at 1:52 PM EDT, so we won’t know what to believe as the spin doctors get busy. We’ll be tempted to ostrich it because it’s all too confusing. Be suspicious of anyone throwing around too many perfect statistics; ask questions if something smells rank.  What’s buried where?  When Mercury and Saturn get together at 4:42 PM EDT, whatever information is released will be restricted or controlled and things seem to be heading south with a vengeance. We may hear or read depressing news.  Try to ease up on the snark; see if you can engineer a workaround to deal with whatever obstacles pop up.

Mercury connects with Uranus at 7:39 PM EDT just in time to drag our minds out of the doldrums;  try something new to shake up your brain. Mini-genius moments abound.  Mental acceleration is the theme–run with whatever unlikely idea flies through your brain in order to break any deadlocks still loitering around. The Moon trine Saturn at 9:01 PM EDT adds a note of serious stability to the weird genius vibe, and helps us get things done.  Just remember to keep it light as the Moon joins Venus at 9:40 PM EDT. You’ll get more cooperation if you can see things through other people’s spectacles.  We know you’re busy and think it’s “wasting time” to keep up with those social niceties, but making and maintaining good relationships is vital in most fields.

Mercury and Venus link at 11:52 PM EDT, so it might be nice to let the day wind down in the company of congenial friends. Talking things out, sharing ideas, and socializing with a variety of people gives us a new perspective. The Moon trines Pluto at 12:01 PM EDT and then parallels Uranus at 12:58 PM, so as the day ends we may find ourselves pondering the future or feeling agitated by events related to the collective/world situation.   We’re in a “dark of the Moon” period, so it’s a good time to go within (that Moon in Virgo trine Pluto relates to doing inner work that leads to major changes in our lives).  The Uranus connection can be the spark that triggers these changes.

Kozminsky Symbol for today’s SUN: “A  large black cloud, around which are bright silver lights.”  (Influence is SATURN.)

The Keyword for the Sabian Symbol is:  “POWER.”

The Keyword for the Kozminsky Symbol is: “TRIBULATION.”

Getting the idea that today’s quite a heavy-duty day?  Look at those two keywords listed above!  The Kozminsky Symbol is related to the planet Saturn, currently in Scorpio, sextile Pluto and conjunct the North Node.  This is power in reserve, and relates to a “master builder” scenario and also brings in the “darkest before dawn” trope.  Saturn and Pluto together are more than a match for a dark cloud or two. This is focused energy that transforms everything it touches. The North Node in Scorpio tells us the new way must be radically different from the old, which has outlived its purpose. Kozminsky says that this Symbol relates to “sorrow and strange experiences”, but if we remain steadfast through all this, we eventually get to see the light. He notes that we should not let “fading, falling allurements threaten [him] on the way”. The old forms are dying, yet still seek to extend their deadly reach. Think about what tempts you to backslide or stagnate. What’s so enticing that you can’t let it go, even though it’s  taking you down?  Where do you give your power away?

The Sabian Symbol is about true leadership and the ability to deal with situations that are chaotic or unstable. It’s about “sure-handedness” and can relate to someone who has to step in to solve a major problem. Maybe we’ll see someone step forward (whether that’s one person or a world body) in order to address the fallout (both literal and figurative) related to the Fukushima meltdown.  This Symbol tells us decisive action may be required to prevent a situation from spiraling further into disaster.  It relates to both the Mars/Pluto and Saturn/Pluto/North Node aspects.  This can be a decisive moment, indicating it’s someone’s destiny to step in and deal with a particularly thorny situation.  It’s related to raw power channeled for the good of the whole.  It’s time to summon the genie, release the bottled-up energies. This is about calm in the center of the storm, which ties this Symbol to the Kozminsky Symbol.  The down side here is remaining in a state of confusion, giving up, abdicating responsibility, or “losing your shit” in the middle of a crisis.  It’s important to keep your cool / keep it together for the sake of others who rely on you.

“End of Delusion”.  The Knight of Cups shows up, mirroring the “seeker” from the Kozminsky Symbol, and on his way to becoming the power player illustrated in the Sabian Symbol. He’s on a quest, constantly searching for the heart of truth. The 10 of Swords finds him at the end of the line after discovering that some of the pretty fantasies he held were nothing more than delusions (Moon/Neptune).  While he was out questing, strange things were happening behind the scenes, or in the dark. Now they’re coming to light, at long last.  The sleeper awakens, the dues are paid, and we finally see what’s really going on.  Pay attention to any messenger archetypes in your dreams. This can also indicate messages from those who have passed on. The 10 of Swords relates to the Scorpio time of year, which is coming up. Now’s the time to figure out what’s been holding you in thrall and find a way to cut the ties. Maybe we’ve held on to fantasies or ideas that have no connection to what’s really going on in our lives. It may be time to end certain relationships that have run their course. Cutting the cords, unplugging ourselves from nightmare scenarios, ending karmic bonds are the themes. It’s all about discovering our true path after we’re freed from the curse.  It’s time to examine ancestral or family patterns that keep us yearning but unfulfilled.  Re-energize stagnant areas of our lives by releasing what’s stuck. It’s time for a new quest, a new dream.