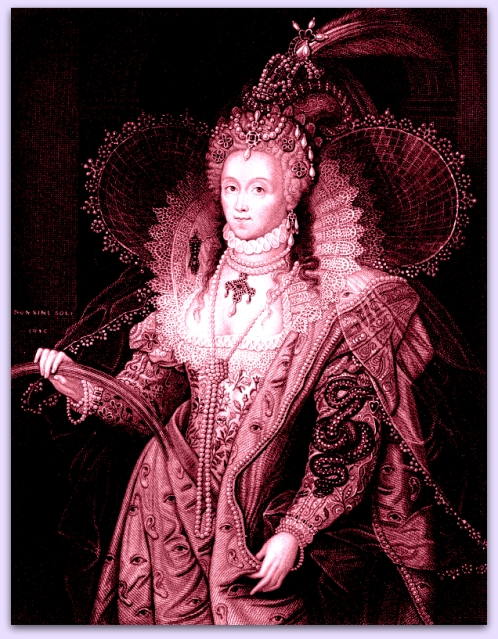 The Moon is still clicking and whirring it way through Virgo today. The early hours featured a Moon/Saturn sextile at 3:36 AM EDT, followed by a Moon/Neptune opposition at 4:03 AM. This lineup reminds me of those science fiction movies where incredibly rational people design machines that are supposed to serve us (service is a very Virgo concept), with no mushy feelings to get in the way.  Then they roll out the prototype and the machines turn out to have an oddly poetic streak, or like to pick daisies. Figuring out how to integrate the practical with the fanciful may be a challenge today. It’s not always easy to be useful AND whimsical, but give it a go!

At 1:39 PM EDT, Godzilla shows up and helps us level the playing field—the Moon trines Pluto. “Winnowing” is the word I’d choose for this pairing. Use this energy to pare down, eliminate distractions, clear the clutter from your work area. Just focus intently on the task at hand and get started.  This is also a good combination for deep or detailed research and anything related to “getting to the bottom” of a situation. Motives become clear; mysteries are solved.

By 6:27 PM EDT, when the Moon inconjuncts Uranus, we’ve detoured into WackyWorld. Expect interruptions and sudden changes of plans–be ready to explore new routes (just watch out for trap doors). Uranus is a real wild child, especially in Aries. Key word: Zigzag. As in lightning. Expect a change in routine, which may not be to Moon in Virgo’s liking.  This is the “yelling child in the library” scenario. You can “shush” the kid as much as you want, but he/she is bursting with energy and can’t be contained.

At 8:22 PM, the Moon opposes Chiron, so it’s time to step away from the electronic devices and schedules and relax. Tonight would be a good night for a massage or other healing work. Let the irritations of the day ooze away. Try to turn off any brain noise –sink into a hot bath and focus on cleansing and healing any part of you that’s disassociated or generally out of sorts.

I was looking at some of the patterns formed in today’s chart and noticed that there’s what’s called a “Rosetta” pattern by astrologer Linda Shelnutt (it looks like a trapezoid) between Uranus, Venus, the North Node and Pluto. It’s named after the Rosetta Stone, which, when discovered, allowed us to understand and translate ancient Egyptian hieroglyphics with more accuracy, as it featured the same script written in three different languages. It’s a “keystone”  that helps us solve a mystery. The Rosetta configuration brings a variety of different energies together in a merger that helps solidify and center.

Looking at the celestial bodies involved, it would seem that learning to change outmoded or destructive ways of relating will take us to a new level of development. However, these are very entrenched and the problems may take time to resolve. A key component is the status of women in the collective. Wasting the talent and ability by bogging down 50% of the population is preventing the whole from progressing. Old paradigms must be knocked down in order for progress to occur, and there will be (as we are seeing now) a huge amount of resentment and an attempt to block, to “put the genie back in the bottle” in order to prevent this paradigm shift.

Kozminsky Symbol for today’s SUN: “A man having jumped over a fence falls into a ditch on the other side of it.”

The Keyword for the Sabian Symbol is: “Excellence.”

The Keyword for the Kozminsky Symbol is: “Hastiness.”

Today’s Kozminsky Symbol vibrates to Uranus and acts as a warning for the upcoming time period. With Mercury currently retrograde and Uranus set to retrograde on July 17th, “hastiness” can be costly and dangerous. Kozminsky says this Symbol describes someone who is “overventuresome and liable to fall into grave mistakes and errors.”  We need to moderate our impulses and attain a degree of self-mastery in order to avoid pitfalls.  Calm, focus and heed your inner voice; don’t allow yourself to be prodded into a reactive state. Check and see what’s on the other side before you make that leap! This Symbol illustrates an explosive restlessness, and in the modern world that means avoid road ragers (and don’t be one yourself) and be careful not to react to triggers, as volatile situations may escalate out of control in a moment. I just read about a woman in Chinatown here in New York City who decided to set off a slew of roach bombs to eliminate her pest problem. When they didn’t do the trick, she set off 24 more and left them unattended. An explosion resulted, as it seems the roach bombs ignited a pilot light. Who’d think roach bombs could be this deadly (except to roaches, of course).

The Sabian Symbol relates to unlocking talents and using your skills to connect with the world (a prima donna needs an audience!)  It’s also about development of potential, self-improvement and “perfecting the instrument” so it’s quite applicable to today’s Moon in Virgo trine to Pluto in Capricorn. It’s hard work to be a diva!  You may feel it’s time to increase your skill set, take classes, or work on self-improvement.  What makes you unique? Aim for excellence in whatever you do. The down side of this Symbol is, of course, being too much of a diva, calling attention to yourself in a vain or excessive manner, or coming into the public eye for some sort of indiscretion or violation of social norms. Or maybe you just feel underappreciated in your group of friends or contacts.

“Strategic Victory”. Here’s an “All hail the conqueror” combination. Through a combination of talent, hard work, and excellent strategic planning, success has been achieved. It’s time to step up and claim your reward. The Six of Wands, connected to Jupiter in Leo, plus the Queen of Swords, is a real Queen Victoria combination (and she was a widow, one of the traditional meanings of the Queen of Swords)

This combo can indicate concentrated power and great diplomatic ability. Skills have been honed to a sharp edge here—see today’s Sabian Symbol featuring a prima donna.  It can also indicate you’ve passed the final test, impressed the powers that be, and have made it past all hurdles. This pair can also mean you have a powerful female force on your side—the prima donna of the land–think Sir Walter Raleigh and Elizabeth I. The only caveat: beware of hubris and don’t isolate yourself or allow your “fame and fortune” to go to your head. And remember, sometimes it’s lonely at the top.