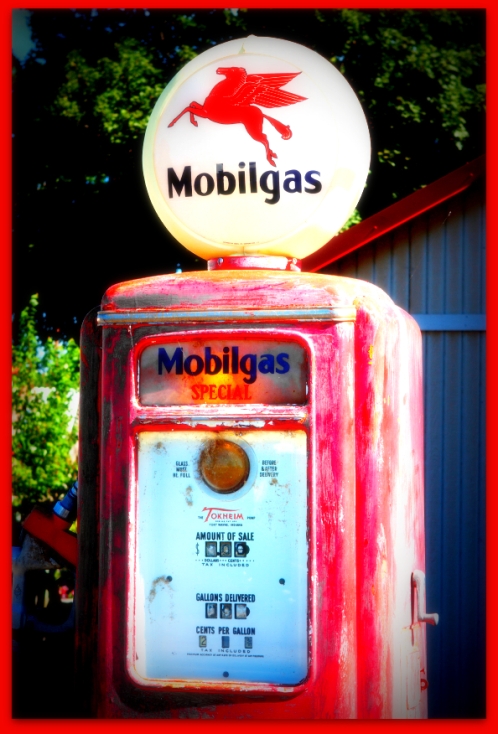 I’m more or less back after taking some long-overdue time off to relax, travel and visit friends and relatives during the last week. I’m not completely back in the groove yet, but here goes:

The Moon’s in Capricorn today, so it’d seem it’s nose-meet-grindstone time, but there’s a few other things whirring around in the mix. The best way to work today is to throw some effort into advertising, networking, self-promotion and forging or enhancing connections with others. Most of the time we consign those activities to the back burner because we have to deal with pressing issues or don’t feel that these activities are as important as all those day-to-day rituals we’re usually concerned with. Use today’s energies to break through residual resistance, but leave an opening for luck, fun and serendipitous events.

The day begins with a Moon/Sun connection (5:05 AM EDT) that can throw us into disconnect mode. We may find it’s difficult to get the day started, as we’re inclined to dawdle and fuss around rather than focus. At 6:31 AM EDT, the Moon inconjuncts Venus, so we may find that duty gets in the way of love (or vice versa), and we just can’t seem to work things out to everyone’s satisfaction. At 6:56 AM EDT,  Mars aligns with Pluto, followed by Moon/Jupiter and Moon/Mercury inconjuncts, so we may find that pushing too hard knocks someone else’s nose out of joint. Or we have every intention of barreling through the day but get distracted, can’t quite muster the effort, or hold back when we should charge forward. The path is smoother after 2:41 PM EDT as the Moon trines Mars, so our intent and energy are chugging away in tandem.

The most interesting aspects occur today during the afternoon, as Venus conjuncts Jupiter  (3:29 PM EDT) and quintiles Uranus, then Jupiter quintiles Uranus, and finally, the Moon enters Aquarius at 5:48 PM EDT.  We’re dealing with Gemini (Venus, Jupiter and Mercury are lined up in that bright and breezy air sign), Moon in Aquarius, and don’t forget Aries (Uranus, ruler of Aquarius, is located there).  This bunch screams “weird genius”. Or rather, talkative, easily distracted, wanna-hear-my-great-new idea weird genius.

And here’s the spot where that brew of networking skills and following the threads of your skein of connections leads right into luck, accented by bizarro events no one could have expected, throwing you into another dimension. If you’ve used that Moon in Capricorn energy from earlier today to set the scene or lay the groundwork, now’s the time to take a break and let it roll.  Ease up on the reins and see what happens. Contacts with others can be enriching or inspiring and open our minds to new possibilities.

People are feeling generous and expansive (even if they’re also apt to go off on strange tangents). It’s also a time to think about what makes us unique. What singular gifts do you have to offer to the world?  Any connections made today may be unusual or give us a glimpse of things to come. These are “aha! moment” aspects, so pay attention. Don’t be afraid to play around with new ideas or combine things in odd ways—the power’s in the friction as disparate elements collide and rearrange into something new and different. I wouldn’t be surprised if we hear about some kind of pioneering research or a new invention that will revolutionize daily life. Maybe we’ll discover the new Einstein. Or maybe groups of people will just act rather batty—you never know how things will play out!  Don’t forget to look for the magic today—it’s shimmery and evanescent, and maybe hard to grasp, but it’s shining with possibility.

Kozminsky Symbol for today’s SUN: “A winged horse in mid-air with the Sun above its head.”

The Keyword for the Sabian Symbol is: “PROTEST.”

The Keyword for the Kozminsky Symbol is: “ELEVATION.”

Today’s Kozminsky Symbol features a strange and unusual creature, a winged horse, which brings in today’s rather sci-fi Moon in Aquarius and those Uranus quintiles.  Here’s a fanciful beast with amazing abilities. It soars high and has a panoramic view. The Sun illuminates the scene, radiating warmth and providing light and clarity. This Symbol tells us to aim high and elevate our spirit. It’s also related to the power of fantasy and the imagination.  “A horse is a horse, of course of course”—unless it has wings.  Visualization is key here, and an ability to open the mind to new vistas.  In myth, the winged horse Pegasus was a consort to the Muses, particularly Urania (Muse of astronomy) and was connected to poetry and the idea of divine inspiration (a stroke from his hoof caused springs to flow from mountains—i.e., the font of inspiration.) Another story says that Pegasus carried Zeus’ lightning bolts (inspiration and strength of the gods) on his back. When he died he received the honor of being transformed into a constellation which can still be seen in the night sky.

The Sabian Symbol emphasizes the idea of disruption, change and equaling the playing field so all may benefit, which relate to the Moon in Aquarius idea of fairness, equality and liberation from chains. An industrial strike shakes up the old order but leads to better conditions. Right now, under the influence of the ongoing Uranus-Pluto square, we’re seeing instability and the failure of institutions, which will eventually lead to huge structural changes in our society. This Symbol tells us we’re part of the collective and if society needs to be changed, we must all be ready to participate to make things better, to do what is necessary. It requires strength, bravery and a willingness to keep going in the face of rejection. If there’s any area in life where you feel trapped in an unjust situation, now’s the time to do something about it. Sometimes it’s necessary to go against the grain (this is one of Uranus’ lessons). Protesting injustice, being aware of world events, and seeing the potential for transformation are other manifestations. On the down side, we’re being warned not to just give up in order to avoid strife, or to give in or give away our rights too easily when faced by powerful opposition.

Ace of Pentacles / Knight of Cups

“From ideal to real.”  What you’re seeking already exists.  This combination is about the power of the imagination to make something happen. The seed or inspiration is germinating within, but unless animated by the power of creation, it will remain inert. It’s time to open the cosmic tinker-toy box, set things in motion, jump on Pegasus and fly high, reach for the Grail, and open the heart to all possibilities. It’s primordial soup time—it’s all swirling, whirling and colliding, waiting for the alchemist to activate the nascent life within.