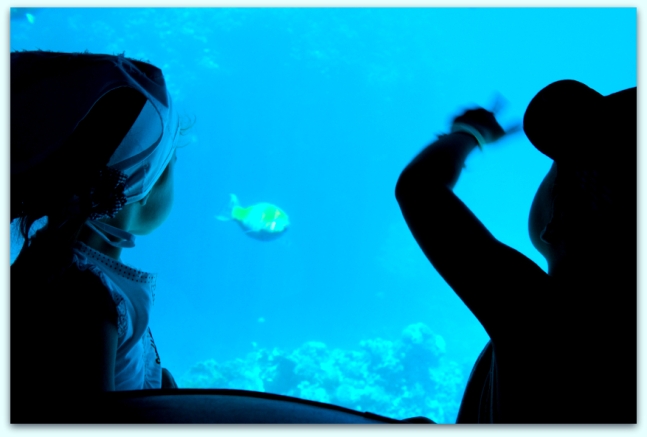 The day starts off with an implosion/explosion as the Moon (still in Libra) forms stress aspects to Mars in Taurus (2:46 AM EDT) and Pluto in Capricorn (8:55 AM EDT).  We’re trying to dance on top of a volcano or remain balanced even when we’re being pushed and prodded to react. It’s possible someone’s trying to get a rise out of us, or else we’re just thrown in the middle of other people’s crises, but in either case, we’re not particularly comfortable.

Things unhinge further as the Moon opposes Uranus at 8:59 AM EDT. At this point we might feel like the knife thrower’s assistant as projectiles fly through the air at us. It’s a bit early in the day to decide we want to run away and join the circus, but that’s the general feeling in the air. What to do?  Be like an acrobat and get flexible.

The Moon trines Mercury at 10:33 AM EDT and Venus at 3:24 PM EDT, giving that other-oriented Libra energy a more pleasant and comfortable arena in which to strut its stuff.  If you want to charm the pants off someone, now’s the time (the song “Sweet Talking Guy” by the Chiffons comes to mind here.)  Since the Moon’s in Libra and Mercury’s in Gemini, it’s all about a light touch, airy grace, witty commentary and in general smart and savvy-ness.  We might also find that talking to others about issues related to this morning’s ambush/avalanche gives us new insight and perspective on the situation/s.

At 12:34 AM EDT, a Moon/Neptune contact may lure us to fantasy land, but it’s a trip we’re perfectly willing to make. There may be some idealization of a relationship with one who seems too good to be true (go talk to the Chiffons about that), but we’re more than willing to play along. Consider what your fantasies are telling you about your relationship needs. It’s a good evening to go to sleep to the sounds of the ocean, or crank up some meditation or hypnosis programs.

Kozminsky Symbol for today’s SUN: “Two Ionic columns adorned with globes—a burst of flame issuing out of clouds behind.”

The Keyword for the Sabian Symbol is: “CURIOSITY.”

The Keyword for the Kozminsky Symbol is: “ANIMATION.”

Our Symbols are both appropriate for the Sun’s entry into the first degree of Gemini. The Sabian Symbol features an object that moves around (the boat—Gemini relates to short trips) which has a novelty feature (always fine with Geminis)—a glass bottom. This allows you to check out what’s swimming by in the water and alleviates boredom (a Gemini no-no). Plus you get to do two things at once—take a boat ride and watch the sea critters. This Symbol tells us to keep our eyes open and observe what’s going on under the surface.  The water is still (so obviously it runs deep), which relates to keeping calm and remaining somewhat disconnected. Sun in Gemini/Moon in Libra can be a cool customer. Sitting quietly and peering through a glass to locate shapes reminds me of looking in a crystal ball, so this Symbol also relates to psychic ability, clairvoyance, and being able to see future patterns.  Today something we’ve been ruminating about may finally “clear” and we “get the picture. Issues of timing may be involved, or we realize now’s the time to spring into action, On the down side, there can be a tendency either to be too detached (even from our own lives) or to be too intrusive and busybody-ish, much too concerned about other people’s business.  Don’t be a bottom-feeder!

The Kozminsky Symbol features two columns (hello dual-natured Gemini!) with some crazy flames bursting out of clouds behind them.  Let’s say the flames are Uranus in Aries throwing off fireworks in the background. This Symbol connects with a lively character (sometimes with two faces or facets) with a tendency towards impatience and a a habit of leaping into the fray prematurely. There’s a great deal of energy here, but it isn’t always directed properly. An impetuous nature may cause problems or lead to involvement in dangerous situations.  The mind must be trained properly in order to attain mastery (the globes).  It’s important to learn from our mistakes and find equilibrium (Moon in Libra) , rather than reacting to each and every stimulus.

The Star / Knight of Wands

The Star, related to Aquarius, and the Knight of Wands, a fire card, make for a dynamic combination. The Star is like the glass bottomed-boat in the Kozminsky Symbol, with an “I can see for miles” quality.  We’re open to seeing the truth, often because we’ve been shocked into it after an experience that has left us shattered or shaken We’re learning how to heal ourselves, and are ready for the journey. The Knight of Wands brings in that Uranus in Aries energy that’s always ready for the next adventure. Both of these cards tell us to be open to new experiences, foreign people or places, and things that are not “normal” for us. In order to heal, now that we’ve seen the bigger picture, we may have to move on, out or away.  We may hear news from a distance that inspires us or sets us in motion. We figure ways to get our message out, to rejuvenate ourselves, to find a new goal or adventure. This is also a very “futuristic” combination, so we might hear about new discoveries or advances in science, technology, or anything to do with outer space (this combo is “far far out”).

These two cards could also indicate someone who moves from a place that’s been destroyed to a new location some distance away n order to make a new start.  It brought to mind a video I saw today of a woman who survived the tornado that hit Oklahoma yesterday. She’d lived in her town 40 years and was returning to her home, which had been flattened. She talked about she was sitting in the bathroom when the tornado struck, holding her dog, and when the tornado was gone, so was her dog. As talked, the news person accompanying her noticed movement. They began to dig through the rubble — the woman’s schnauzer had heard her voice and scrambled around enough so they could spot him, then drag him out.  The look on the woman’s face when she realized her dog was alive was incredible. She said she already felt that she’d had one miracle just by surviving, and now she had two. This combination tells us to never give up hope (a Star card theme), even when circumstances are dire.