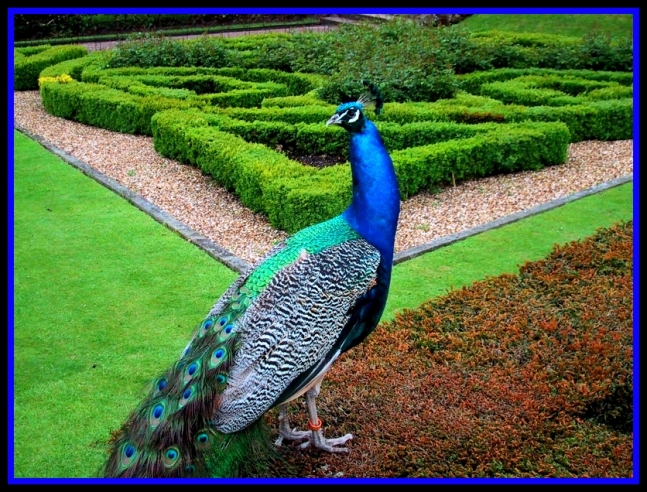 Today’s Keyword:  Homeostasis.  The dictionary definition is:  “The ability or tendency of an organism or cell to maintain internal equilibrium by adjusting its physiological processes.”

The past week or two I’ve noticed that it’s become increasingly difficult to maintain this condition, and as the internal processes often mirror the external, it’s been manifesting in many different ways. One thing I’ve noticed is that people with conditions that need to be treated with drugs or daily procedures are having difficulty self-regulating—they’re “spiking” on the high or low ends and cannot seem to get back into a balanced state without outside intervention. Running to extremes or “sloshing outside the borders” is another theme. Where I live, the New York metro area, commuters are having problems this morning due to a train crash in Connecticut—one train left the tracks and another smashed into it.  We’re having difficulty maintaining our routines or settling into the usual groove, and that “manic Monday” feeling will be pronounced today as Uranus squares Pluto in the 3rd (of seven!) exact hits.

Let’s start at the beginning, though. At 1:22 AM EDT, a Jupiter/Saturn connection lets us know that as fond as we are of all our bright ideas and projects, some may have to be reworked or put on the back burner due to a collision with reality.  This is definitely a “homeostasis” aspect. Sometimes things go too far and have to be pulled back, while other things that have been squashed or stunted need some breathing room if they’re ever going to grow to their full potential. It’s about finding optimum conditions for survival. Don’t get too worked up if someone rains on your parade, cycles of boom and bust are a fact of life.

As today begins, the Moon is void in Virgo, so until after 1:08 PM EDT when the Moon enters Libra, it’s best to play Monday morning catch-up and attend to whatever details you neglected at the end of last week. Clean, clear and open up some space for new things to wander in. The next big news is the movement of the Sun to Gemini. With the Sun and Moon both in Air signs that trine each other, communication’s a breeze this afternoon, if you keep it light. People are interested in new ideas now, and are willing to listen. People may want to chat or talk about others under this influence. Both signs are able to adjust to changing situations—their antennas are up at all times, so they usually know the scuttlebutt (and the score) before others get wind of it. Messages may be flying fast and furious, or we “get the scoop” we’ve been waiting for.

Our next major aspect is the heaviest hitter—Uranus square Pluto. It’s making another direct hit today. Those of you who have planets or chart angles around 10-15 degrees of the cardinal signs (Aries, Cancer, Libra or Capricorn), will feel this cosmic blast more intensely. This aspect is one I’ve talked about for a while, and it’s an outer planet aspect that will affect us all, so even if you don’t have planets/angles as noted above, it will still be part of your reality. This is the one that throws us off the tracks, upsets the homeostasis, and asserts itself through sudden and often dramatic events that change our course.  I just heard about a 6.8 earthquake that struck off the coast of Chile—this aspect reflects this type of event. When stress builds up, it needs a release, and that’s one of the themes of this aspect. The best way to look at this scenario is to realize that whatever needs a shakeup is going to get one. This is also a “crusin’ for a bruisin’” aspect, so remember our homeostasis theme and keep yourself together as much as possible –at least as the small things are concerned. (The big things are pretty much out of our control!)

The energy can get wild here, and can easily go out of bounds. Uranus in Aries is headstrong, believes it’s a law unto itself, and as it collides with Pluto in Capricorn, we have a mix of “Anarchy in the UK” and “I Fought the Law”. Be careful in large groups of people and don’t smartass the cop who pulls your car over or give the crazy driver in front of you the finger. You don’t want to go down those roads right now because you may get a lot more than you expected.  This energy can be very unstable with an impelling/compelling force that can easily backfire into chaos. With the planets in Aries and Capricorn, take a look at the opposite signs, Libra and Cancer, for clues to help find the “way out”. The Moon’s in Libra today, too, so we need to take others into consideration and learn to work in tandem with others. The Cancer emphasis tells us to care for those who are vulnerable, to go within and determine what we’re really feeling, then act from that understanding, rather than allowing ourselves to be triggered. With Venus squaring Chiron, we begin to understand the dynamics of victimization and take a look at what needs healing in our own lives—and how that motivates some of our actions (and defensive reactions).  This may come to a head after 10:31 PM EDT as the Moon inconjuncts Neptune. We need to learn how to adjust our own emotional needs to those of others in a fair and balanced way that benefits both and doesn’t turn one party into a victim (we’re talking relationship homeostasis here!)

Mercury inconjuncts Pluto at 11:37 PM EDT and sextiles Uranus at 11:47 PM EDT, offering a bit of an “escape hatch” from the pressures of the Uranus/Pluto square.  If you’re feeling antsy and can’t get to sleep, stay up and turn that churning obsessive thought-stream to a positive direction. This combination favors deep thinking and getting to the heart of matters and has a touch of genius about it. Instead of plodding over the same turf, focus on something new, follow up any intuitive flashes. Go rogue. Tried and true doesn’t hack it—you gotta get weird. This is mad scientist energy—see what you can concoct in your lab tonight! Who knows what you might uncover?  We need mavericks right now, people who can help us shift the paradigms.

Sabian Symbol for today’s SUN: “ A peacock parading on an ancient lawn.”

Kozminsky Symbol for today’s SUN: “A huge ironstone rolling down a mountain-side strikes a clump of hard flint, causing a bright fiery flash.”

The Keyword for the Sabian Symbol is: “ALOOFNESS.”

The Keyword for the Kozminsky Symbol is: “FORCEFULNESS.”

Today’s Kozminsky Symbol pulls in the Uranus/Pluto square energy. It features an ironstone rolling down a mountain (mountains are related to Capricorn), where it strikes a clump of hard flint (hard stone = Saturn, ruler of Capricorn) and sets off a “fiery flash” (Uranus in fire sign Aries—friction caused by a collision produces an unexpected result—fire. This image tells us that a certain amount of courage, an indomitable spirit and determination is needed right now to push through obstacles in order to manifest needed change. We may not have all the experience we need yet in this brave new world that is developing, but we’re gathering speed as we roll along, soon to reach critical mass. The birth of fire from friction and force is a great metaphor for the Uranus/Pluto square. Squares can be “difficult” aspects but they tend to force us to work with the contrasting energies in order to relieve pressure or find a solution. The friction level is high, but it often leads to success or breakthroughs that would never have occurred if we weren’t under such pressure.

The Sabian Symbol brings in the other piece of our Uranus/Pluto puzzle. There’s an emphasis on the past (“ancient lawn”) and signifiers from the past that relate to status or wealth (who has peacocks on their lawn, anyway?)  “Proud as a peacock” also applies here. When a peacock flounces by, flaunting its colorful feathers, people tend to notice.  This symbol relates to collective ideas of success. There are some things in the past that are worth aspiring to, those ideals of beauty and grace that inspire us. In the midst of rapid change, we must be careful not to eliminate everything that relates to the past—we need to remember and honor our history and preserve what remains valuable.

At the highest level, this Symbol shows an appreciation for all things beautiful and the ability to display our finer selves. On the down side, this symbol can represent excessive pride and ostentatious display, flaunting ourselves over others, relying too much on symbolism and not enough on actions, being stuck in the past, or being boastful or bragging about our success–“lording it over” others.

Today’s draw is clearly about accessing integrating the “female” energies. Today might feel a little “yanged out”, so it’s clearly welcome. If you’re feeling stressed or are operating too much on the mental plane (Uranus in Aries and the Sun, Mercury, Venus and Jupiter in Gemini plus the Moon in Libra can bring us into scattershot mind territory), it’s time to take a break. The Fire Queen has a Leo vibe, and the Empress skews to Taurus, both Fixed energies, so grounding is an important theme. There’s a great deal of talent here, passion channeled into the work or creating something new. Continuing the homeostasis theme, these two help us focus the fire that’s raging within us—this is a self-contained combination.  It’s a day about birthing talents, finding your center, weaving your web and finding your power zone. Use today’s seething, alchemical energy as the spark to ignite your flame, and hold it as a beacon to others who hold similar values or need “shelter from the storm”.  It reminds me of the Statue of Liberty with torch held high, as a beacon, as welcome. On the mundane level, today may turn out to be an important day for developments relating to women’s status, women’s rights or their status in society.

p.s.  Those of you who are crafts-oriented might find that a peacock theme (see above in the “Symbol” section), whether color or pattern-related, flutters some creative feathers today!