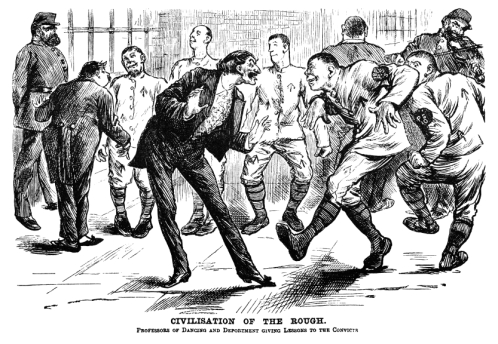 Get the Dramamine out, today’s energies might make you feel a little queasy! The day starts  with the Sun in Virgo opposite Chiron in Pisces, so the key is to keep the little things healed and in balance in order to assure the proper functioning of the whole, and to see the “big picture” rather than getting bogged down with small annoyances. After that, the Moon and Venus connect, but not easily, and we may feel we’re not understood or valued for who we really are, a feeling that’s intensified by a Venus/Chiron aspect. We need to learn to value ourselves based on our own qualities and not by comparing ourselves to others; we also need to learn to take care of our own needs rather than automatically deferring to others. The Moon/Saturn aspect around 11:34 AM EDT adds a tinge of seriousness and emotional stabilization (or else it’ll remind us of our emotional prisons, if our mood is low). Next up is the Sun in jarring aspect to Uranus, the Moon opposite Mars, Mercury contraparallel Mars, and a void-of-course moon that lasts for several hours (until 4:49 PM EDT). During this period we just have to roll with it, accept that we’re in limbo, embrace the strange, and grab inspiration wherever we can find it. Maybe these aspects will help shake loose some new ideas and lead us places we never would have ventured otherwise, so keep an open mind.

The Moon enters Pisces at 6:31 PM EDT and joins with its ruler, Neptune, at 9:20 PM EDT, which is peachy for all you psychic types–it can be very inspiring. For others, it might just leave you dazed & confused. If you’re feeling woozy, end the day on a pleasant note: see a movie, write poetry, luxuriate in the bath and just drift off to ZZZ-land.  It’s probably not a good night to try and do your taxes or reconcile your checkbook!
Sabian Symbol for today’s Sun: “First dancing instruction.”
Kozminsky Symbol for today’s Sun: “A man, holding a pen in his right hand and a sword in his left, standing at the entrance to a palace.”
Keyword for the Sabian Symbol is: “Assistance”.
The Keyword for the Kozminsky Symbol is “Assertion.”

The Sabian Symbol relates to many of today’s astrological aspects, especially those accentuating the concepts of confidence, core beliefs, and values/being valued.  Here someone is learning to dance, with a teacher showing the way. Having someone to aid and encourage us is important in order to learn the proper way to “do the steps”, and positive reinforcement is welcome, especially if we feel we are stuck or will never properly learn the routines. We may also be comparing ourselves to others who are more proficient, but we all have to start somewhere! Once we hone our skills, we can make a “solo flight” and develop our own style. A warning here: Don’t  become too dependent on the teacher to the point where you hold yourself back. There may also be a tendency to give up before mastery has been achieved.  This image also involves making the best use of our skills and talents, and the process of training, teaching, or apprenticing until we have perfected these skills. The Kozminsky Symbol shows a bold character with pen and sword (reflecting that Mercury/Mars aspect–a warrior and a communicator, or someone who can use words to rouse others to action).

The image of an armed man storming a palace shows someone who believes in his ideas and philosophy, one who won’t quit, who has energy to spare and is powerful on many levels. The idea of the “pen is mightier than the sword” is suggested as well, but this character seems to be using both in his quest to achieve his aims. It’s a hint that we may need to assert ourselves today in the face of opposition or dissension, and at times we may need to hone our persuasive skills in order to succeed. There are times, also, we need to “take it down a notch” because our aggressiveness is creating a tense situation in our environment. (Note that King Pedro “the Cruel” was born today!)We don’t need to be afraid of our power, but we do have to learn how to channel it properly.

Two Fire cards here bring in the idea of energy channeled and focused in order to hold a position. Just as in choreographed dancing every step has meaning and it’s important to learn the routine in order to see the pattern (see the discussion on the Symbols, above),our interactions with others are choreographed, too. Here we’re facing someone who, like the character in the Kozminsky Symbols, is “storming the castle”, asking us to consider our own position and whether it needs to be reinforced or abandoned. We’re learning something here, taught by coming into contact (or conflict) with another powerful force or being forged in the fire of conflict. Issues relating to courage, legal papers or conflicts, messages and focusing energy are highlighted here. It may lead us to discovering our weak spots and learning to heal them from within (I’d relate this to the aspects to Chiron, as noted above). What will you stand for? What is worth defending? Are you in a position of strength or do you need fortifications? Is it time to call in the advisors? How does what you’re fighting in the outside world reflect any splits in your own personality or thought patterns?
–Valerie Sylvester, August 30, 2012 —