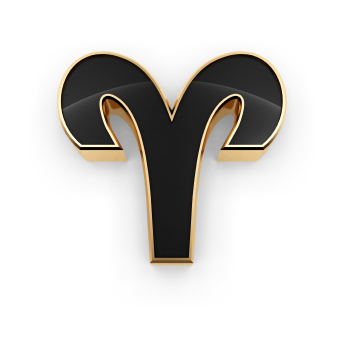 The Sun is in Aries today.

The Moon’s in Aries today joining Uranus in Aries early this morning, so we may want to do our own thing our own way and won’t be particularly happy if others try to rein us in or (as we see it), hold us back.  Use the energy to move forward and find unique solutions.  With a fiery Moon and Sun and Chiron joined, a huge blast of healing shines through us to our core (if we let it and if we don’t get tripped and triggered by the Moon/Pluto square). We may be overly invested in being right and having our own way today, leading to the inevitable power struggles with others who know THEY are right, but Venus aspects gently tell us we need to consider our relationships with others. Turn down the volume and be ready to negotiate–you’ll still accomplish a great deal!

The common thread for these two Symbols is that they both feature people who are courageous and aren’t afraid to make bold moves in order to help others or assist with keeping the peace. Discipline and timing are issues here–knowing when to act and when to wait for the best opportunity requires self-restraint and control in order to “make your move” and be successful in your mission.

Tarot Enhancer/Antidote:  5 of Wands/3 of Pentacles
Here’s a situation where we’re on the firing line, being asked to do something that may involve an internal struggle. Are we giving ourselves enough credit for being able to take on this quest? Our reputation may be on the line; others may be watching to see how well we can control our own inner fire in order to move to the next level of being responsible for others. Action may be required, but remember the keywords–we’re ready, but self-discipline and a willingness to first confront our own inner demons must come first.