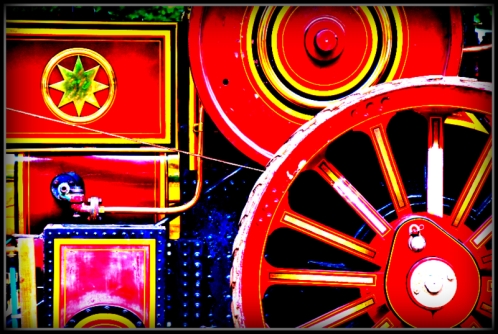 So we’re now zipping into the home stretch before tomorrow’s incendiary Full Moon. This is one we won’t soon forget, I suspect. Everyone seems to be on edge, waiting for something to ignite. The day begins with the Moon in Pisces squaring Jupiter in Gemini, so there’s a sense that something big is heading our way, but we’re a bit confused about exactly what that is. We’re hopeful but also apprehensive –the details elude us. The Sun aspects Chiron uncomfortably at around 1:38 PM EDT, so one of the issues we’ll face today is: what do we need to do to heal? (One suggestion: alternative methods will work better now than old-fashioned or “standard” solutions). It’s really a day to get outside your comfort zone, even if it’s painful. What needs to break open, come out, be excised, in order for us to progress?  We know change is coming and we’re excited about it but also resistant to it, or others around us are, and large groups or institutions are incredibly resistant, leaving us in the lurch. This is one of those things that we just have to get through.

With the Moon aspecting Mercury (also uncomfortably), we’re going to have to change our thinking and our attachment to our ideas, which is not always easy. The Pisces Moon reminds us to be gentle,  compassionate, and offer assistance to those who at this time are feeling disconnected and rudderless. The Moon in Pisces trine Mars in Scorpio (10:35 PM EDT) means that the path to healing starts within, in our emotional and spiritual bodies, and that we need to be psychic warriors right now. If it hurts a little, you’re on the right track. Lancing a wound is painful, but ultimately helps us heal the entire body. Late late tonight/early AM tomorrow, Mars will parallel Pluto and no doubt many of us will dream of wars, battles or other explosive events, or find ourselves waking up in the night startled by the intensity of our nightly journeys. This aspect can also make people volatile and moody. We’re also gearing up to the Full Moon and a Sun/Uranus opposition, so be ready for anything. Shocks, surprises and disruptions will occur, but try and figure out what message you’re meant to learn from the chaos. When things are unstable, we’re given challenges– but also a golden opportunity to change our habits and escape our ruts. We’re reaching the point of no return here, of “change or die”, “use it or lose it”, and this weekend’s Full Moon along the Aries/Libra axis will illuminate what needs to go, so pay close attention, especially those of you who have planets or chart angles at around 7 degrees Aries or Libra (and also 7 degrees Cancer and Capricorn, as all the cardinal signs will likely feel this one). We’re bouncing off the Uranus/Pluto square here, so on some level we ALL will be registering the seismic shocks.
Sabian Symbol for today’s Sun: “The ideals of a man abundantly crystallized.”
Kozminsky Symbol for today’s Sun: “A traction engine travelling along a newly made road in very charming country.”
Keyword for the Sabian Symbol is: ‘Personification.”
The Keyword for the Kozminsky Symbol is “ Pioneering.”

Here’s a combo that’s telling us we have to use the breakthrough energy that’s coalescing around us right now. Go do something new. Break the mold, start over, be a pioneer. We’re blazing new trails and catching a glimpse of the future in the distance.  Be the engine of your own growth. Vistas are opening for the bold. The Kozminsky Symbol emphasizes the relentless nature of the Uranus/Pluto square (breakdowns, build-ups) and chanelling the bold and inventive energy of the Aries Full Moon. Don’t give up, even if it’s difficult. It may feel like a Herculean effort right now, but there’s something being born and you don’t want to miss it!  The Sabian Symbol tells us: keep the faith, our visions can be realized. This Symbol is also about manifestation–you’ll know you’re on the right path when you receive a message, a symbol or clue in a very synchronistic fashion. Keep your eyes open for that. Again, don’t give up, keep the faith and live up to your high ideals. The status quo might seem daunting right now, but it that can change in a flash.

The Angel Aura stone is a fusion of clear quartz with silver and platinum, and is also called “rainbow aura”, as it displays a variety of colors. Eastwood says that the Angel Aura stone “helps us to absorb more light and prepares us to enter the portals of the future”. Given today’s astrological aspects, this one’s just about perfect. He says it helps us connect with the “cosmic creation process” and that if we are attracted to this stone, it means we could be recalling what we did in ancient (Lemurian) times. Working with this stone stimulates the subconscious and we will “recognize the coloring and stimulate latent memory patterns from Lemuria.” He adds that this stone can help “clear the subconscious of old patterns”. So whether you believe in Lemuria or not, this stone is what I’d call a “matrix stone”–it helps us see patterns, access stored memories and clear out the cobwebs or negative energy strands that may be clinging to us. In order to move into the future (today’s theme), we need to let go of the ghosts of the past.
–Valerie Sylvester, September 28, 2012 —