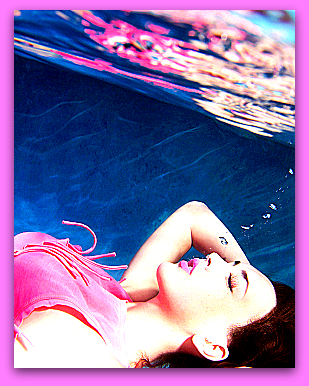 The Moon enters Aquarius today at 3:27 AM EDT. Aquarius is an Air sign, and air likes to circulate, so you may feel the gears clank & shif today as some of the heaviness seems to lift. However, the Sun is still in Cancer, and Moon in Aquarius likes dealing with squishy emotional matters about as much as the Moon in Capricorn does, which is to say—not much.

The earliest part of the day is a bit of a minefield due to Mercury contraparallel Pluto at 7:47 AM EDT. Since Mercury’s stationing today (it’s officially retrograde tomorrow at 9:08 AM EDT), we may find that trying to communicate is like tiptoeing through a war zone. This combo can be obsessive and brooding, or you may find barely suppressed resentment in response to whatever you’re trying to communicate.  This isn’t exactly enhanced by a Sun/Moon inconjunct at 10:07AM EDT and a Moon/Saturn square at 11:22 AM EDT. The Moon in Aquarius in stress aspect to the Sun and Saturn can be very chilly—expect the temperature to drop a few degrees during this time period. Nobody wants to admit that they have fears or emotional needs, so they retreat and build barriers to communication. The real fear is that they’ll be swamped by uncontrollable feelings that they won’t be able to handle.  It’s like learning to breathe underwater–we don’t have the gills for it.

As the day progresses, the Moon connects with Neptune at 11:56 AM. Since this is an intuition-boosting connection (and occurs around lunch time), be sure to take a break and indulge your creative/mystical inclinations. Those of you who use tarot cards might want to break them out and do some readings. Flex those psychic muscles!  At 4:29 PM EDT, A Mars/Jupiter parallel sets off the motormouths, who seem to ignite as the workday closes. This aspect  also jolts us into last-minute action with an energetic boot to the backside.  At 8:15 PM EDT, a Moon/Pluto connection helps us take an objective look at all those things we’re irrational about (Moon in Aquarius can be detached, but it comes in handy when you’re trying to suss out emotional patterns without drowning in them.)

Today’s big fat news is Jupiter’s move to Cancer at 9:40 PM EDT. Jupiter will remain in Cancer for a year. Jupiter’s going to be important as it takes part in the Water Grand Trine with Saturn in Scorpio and Neptune in Pisces, AND also moves in the coming weeks to connect with the Uranus/Pluto square, forming a T-square pattern with its fellow outer planets.  What does all this mean?  We’re going to be feeling secure enough to plumb the depths of our feelings now, to “get into the flow” and cleanse ourselves through our emotions. Since Jupiter is associated with prophecy, dreams and visions, we may find ourselves receiving (water is receptive) amazing information, almost as if we’re “downloading” it. We’re being refreshed and reactivated. We’re learning how to integrate our spirituality into our daily lives.

When Jupiter moves into the T-square, we’ll learn how to release negative patterns and make important changes in our lives. The paradigms are shifting, and much will be washed away. We may have to learn how to weather the storm, using skills that we develop during the next few months. It reminds me of all those science-fiction films where people are put into a “limbo” state, where they’re nurtured and washed clean so that when released, they’re ready to jump into the fray, battle scary monsters from other planets, or pilot giant spaceships.

The day ends with a Moon/Uranus sextile at 11:18 PM EDT. Since Uranus is the ruler of Aquarius, today’s Moon sign, and is currently in Aries, just let your freak flag wave tonight. Be yourself, do something that’s unique to your own brain currents and don’t worry if other people  think you’re weird. It’s Mad Scientist Night down at the laboratory, go see what new life forms you can find in your petri dish!

Sabian Symbol for today’s SUN: “An automobile wrecked by a train.”

Kozminsky Symbol for today’s SUN: “A man seated on a rock on a newly boomed goldfield, a new pick and shovel beside him, looking gloomily at a newspaper containing reports of rich finds in the locality.”

The Keyword for the Sabian Symbol is: “DISPERSION.”

The Keyword for the Kozminsky Symbol is: “PITFALLS.”

Both of today’s Symbols have one theme in common: hastiness and obsessive behavior leads someone into unfortunate circumstances (or the shorthand version, “hurrying and worrying”).  It could also be called “look before you leap.”  The Kozminsky Symbol alludes to a Gold Rush period. People heard there was “gold in them there hills”, bought equipment and supplies, abandoned their homes, and headed West. Sometimes it “panned out”, sometimes it was just a “flash in the pan”. (We did acquire some interesting expressions from this period, though, didn’t we?)  Kozminsky says the tendency to act first and think later can ultimately lead to “a land of famine instead of a land of plenty”. “Plenty” is a keyword for Jupiter. With Jupiter and the Sun close together in Cancer, we can be driven by security or ego needs, blinded by all that glitters, or maintain an overly rosy picture of our prospects.  Kozminsky’s keyword, “pitfalls” has its origin in a hunter’s trap. A hole is dug, then disguised with leaves or other vegetation, and an unsuspecting animal who wanders into this hidden hazard is captured.  We’re asked to look below the surface in order to see what’s really happening.

The Sabian Symbol is another of the reversed Symbols, meant to make a point. Someone took a gamble and lost—they tried to beat a train across the train tracks and miscalculated. By rushing or trying to save a minute or two at the crossroads, they’ve incurred huge losses. The warning signs come down across the tracks when a train approaches for a reason–ignore at your own peril. Speeding, overestimating your own abilities or racing through things can lead to disastrous results. It can also indicate obsessive behavior.  On the positive side, it indicates someone who is self-regulating and knows when to take a break, who controls the situation rather than being controlled by it. This Symbol is a reminder of what can happen when we take something too far. It also relates to “living in the fast lane” and not taking care of ourselves, being reckless or careless, exhibiting compulsive behavior, not knowing when to stop, losing control of a situation , or being tormented by deadlines. “Safety first” and self-preservation are themes here. No deadline or obligation is worth self-immolation.

“Depletion.”   As noted in the comments related to the Sabian Symbol above, the wise person knows when it’s time to take a break. We’re at the low point of our cycle and need to rest. This combination can indicate hospitalization and convalescence in order to heal or regain our strength. It can mean an unpaid leave or being forced to take time off without pay, which creates financial problems. It can also indicate that difficult circumstances force us to go within and get reacquainted with our spirituality. This pair can indicate a retreat in a hidden or secluded place. Temporary loss or fluctuation. A need to leave a difficult situation.  Not feeling up to a challenge. Abdicating responsibility, taking off, hiding away.  Isolation due to feelings of shame or worries about our own value. When we are completely still, we understand the part we’ve played.  The process of renewing shattered faith.  Going “retrograde”.  Winding down, submerging. Being on the sidelines and feeling ashamed or guilty about it. The door is closed on a particular situation or there’s no value left in it.  A need to regain inner peace after a shakeup. A need to learn to believe in yourself again.  Fear of relying on others: “poverty mentality”, or being blind to help that is offered.