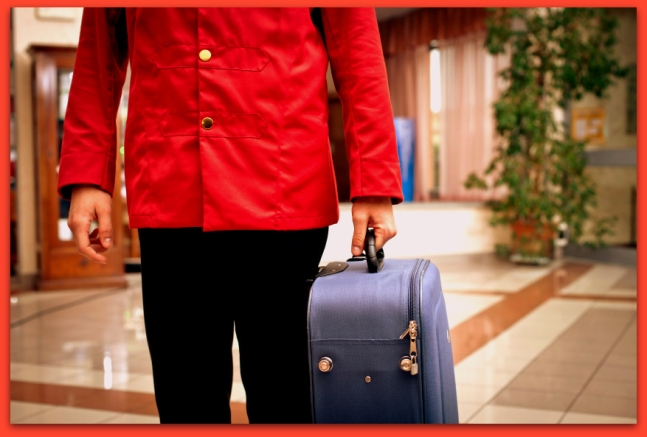 We may wake up today with buzzing brains from the early morning Moon aspects to Uranus and Pluto as we try to decipher our dreams. Unravel the layers one at a time and make note of anything that seems anachronistic or “out of time”—that’s the place to start. At 7:15 AM EDT, we hit the Last Quarter Square (The Moon in Aquarius squares the Sun in Taurus.)  We’ll see today how things we planned at the April 10 New Moon have played out. The last quarter square can indicate we’ve hit a “flash point” or crisis. It’s more of a time to wind down or release than to start anything new.

Since we’re still feeling the effects of the Mars/Saturn opposition and the next aspect today is the Moon parallel Saturn at 10:03 AM EDT, we might find that others aren’t as receptive or helpful as we’d hoped. Don’t take it personally-they’re too busy dealing with their own problems.  This whole set-up reminds me of the 10 of Wands in tarot. We’ve all taken on quite a bit, but there’s a desire now to streamline. We need to release the things weighing us down. We’re feeling the weight and also seeing the light. There’s an opening here that gives us the detachment necessary to lighten the load. Small adjustments can bring great rewards. It’s time to let go of the things other people have piled on top of your back and move forward with only your own “stuff”. This is best done without fanfare or consulting other people—it’s a solo journey.

The Moon trine Jupiter at 5:05 PM EDT ends the workday on a cheerful, upbeat note; it’s a good day to socialize with colleagues or friends after work. Everyone is feeling expansive and conversations will be lively. Ideas will be exchanged; new friends are made.

At 6:04 PM EDT, the Moon parallels Neptune, which enhances the already-buoyant mood (or just makes everyone spacier, especially if they’ve started imbibing!)  However, the next aspects make this day seem like one of those old movies that over-dramatically illustrates the consequences of hearty partying, and by 11:10 PM EDT the party’s truly over. A Mercury/Jupiter connection curdles the conversation and moves it toward the over-exaggeration, loudmouth bragging and general obnoxiousness you get when people have had too much to drink.  Can you say “oversharing”?  The Moon square Venus at 12:25 PM EDT means that no matter how hard you try people won’t “get” you, so it’s probably best to call it a night before the clock strikes and the coach turns back to a pumpkin!

Kozminsky Symbol for today’s SUN: “A judge in a court of law frowning at a man holding up a document.”

The Keyword for the Sabian Symbol is: “INDUSTRY.”

The Keyword for the Kozminsky Symbol is: “GRIPPING.”

The common denominator in both Symbols today is that both of the central figures are holding or carrying something of value. The Sun’s in Taurus, so we’re focused on what we value, what our value is, what defines our values and what we’re holding on to because we think it’s too valuable to release. Since it’s what we carry, we can also see this as our “karmic load”, what we’ve brought in from past lives and are still dealing with today.

In the Kozminsky Symbol we find a man pleading his case in front of a not-exactly-symphathetic judge. This Symbol can relate to the “trials” of life, showing how we persevere and overcome obstacles even when things seem stacked against us. It also shows what we’re willing to fight for. This Symbol brings in the Mars/Saturn opposition (energetic pleader = Mars; stern judge =Saturn). It also illustrates the  Aquarius Moon/Taurus Sun square dynamic: some ideas are ahead of their time and will meet resistance because they disturb the status quo or make some people uncomfortable. We may encounter some opposition today, so if you fly your freak flag too high, others might not want to join that parade. However, if you can express those unique ideas in a way that others can relate to, you might make more progress today.

The Sabian Symbol basically says “do the work”. It depicts a man hard at work at his job. He’s juggling heavy objects all day, usually working solo, so it relates to making an effort, taking responsibility and quickly responding to whatever comes arises.  There’s a certain choreography involved here, getting into the rhythm of daily chores. It involves taking care of what other people consider valuable and points out that all jobs are important and worthwhile, especially when done well. It also relates to the 10 of Wands imagery (see above) on the down side, as it can indicate taking on other people’s burdens (and baggage) or piling so much on ourselves that we can’t handle the weight. Don’t let people offload their problems on you if you already have more going on than you can reasonably handle.

This Symbol tells us that today may require herculean effort, but we’ll manage it all, and will end the day feeling that we’ve accomplished a great deal. Make the effort, take the initiative–no task is too small or insignificant.  Note: The key to something we’re puzzling over today may be found in a place we’ve overlooked. Most people don’t really notice the person who takes their bag before they board the plane/train or enter their hotel room. What haven’t you really “seen”?

4 of Cups / Knight of Swords

“Breaking the Waves.”  This combination can be a real wild card muckracker!  Internal dissatisfaction leads to a desire for change or to communicate our concerns to others. We see clearly that something isn’t quite right, and are looking for validation from others. This pair can indicate there’s quite a bit of gossip and sharp-tongued talk floating around. These two cards remind me of an investigative journalist poking around a crime scene in a sleepy small town. People seem to know something, but some resent strangers showing up so are stonewalling. The  rest don’t want to believe anything happened. It’ll all eventually be chronicled , but it may take a while to get to the bottom of it. There’s a great deal of internal conflict involved.

This card combo can indicate lying to ourselves or seeing what we want to see. It can also indicate someone who “cries wolf” because they need attention—but now no one trusts anything they say. We need to take a look at what’s not working, areas where we’re in stasis or dissatisfied, and stir up those waters. We’re of split mind in some area of our lives and it’s causing conflict.

We  need to stop being afraid of “making waves”.  We can be drawn into arguments, even with ourselves!  If you can’t properly express something, write it out. There’s something that needs to be communicated, and it’s been sitting dormant for far too long. Now that our eyes have been opened, it’s up to us to take the next step out of the murk.