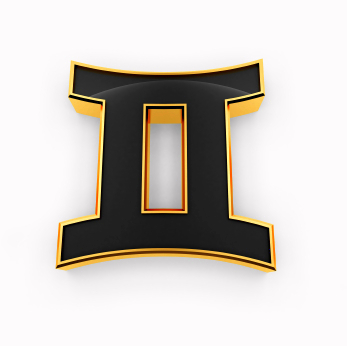 The Moon is in Gemini today.

First Quarter Moon (we’re starting to move ahead, but there’s an element of struggle involved) and  “leap day” today!  The Moon’s in Gemini aspecting Neptune, Uranus, and  Pluto (all outer planets–these are archetypal energies, like the Major Arcana in tarot) as well as interacting with Chiron and the Sun (these two speak of healing the heart or healing wounded areas in our core).  We’re going to attempt to use our mental powers to absorb all the information that’s coming in to us today, but we also have to activate our emotional intelligence.  There may be some tension or scattering of energy as we try to accomplish everything. Deal with any roadblocks that pop up, rather than trying to “leap” over them. Some situations may need to be dealt with rather than avoided.

Combining these two gives us an image of dedication to a spiritual mission through an alert and questing mind. There are many ways to the truth– one is to learn from the knowledge channeled through history by a succession of other seekers (the “men seeking illumination” gives a feel of ancient monks passing down wisdom through the ages); another is to be reborn to new ideas and inspirations (the dog runs by the seashore, alluding to the path to the unconscious, and accompanies children–innocence, new and fresh ideas). By combining the new and the old we blaze our own trail to understanding.

Tarot Enhancer/Antidote: Queen of Cups/ 10 of Swords
Well, this is a very Scorpionic combination!  Time to let go of any family psychodramas, it’s the end of the line for all that–set yourself free–finally!  This has been going on for far too long. You may have a “vision problem” or emotional concerns are keeping you up late at night. There’s no way to manipulate this situation, though–it’s over.