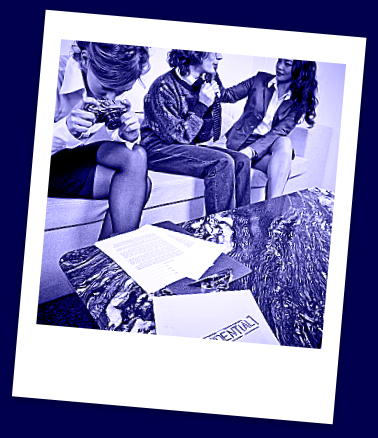 I never got to yesterday’s Astro due to an unexpected, last-minute-needs-to-go-out- rush-rush-ASAP project that disrupted all my plans for the day—now doesn’t that just sound like what happens when there’s a planetary pile-up in Aries?  I did manage to have an interesting conversation with a woman in front of me in line at the post office. Those of you who think people from New York City aren’t friendly should go stand on an exceedingly long line at a major post office in New York City during tax season. Much merriment ensues, I assure you.

The Moon remains in Taurus today. There isn’t much in terms of quantity of planetary happenings and aspects, but as far as quality goes, it’s a regular bonanza.   #1:  Powerhouse Pluto goes Stationary Retrograde today at 3:34 PM EDT. I don’t know about you, but for me this week has felt like a BP commercial—on the surface, full of people running around happily in the sun doing shiny happy things, as the voice-over talks about how great everything is in the Gulf area of the U.S. right now. Of course, they don’t talk about the millions of gallons of toxic sludge that’s hiding underneath all that sparkling water, altering the ecosystem in ways we can’t predict. That’s the combination of all those go-getting, can-do Aries planets & luminaries with ex-planet Pluto stationing /retrograding in Capricorn this week. When Pluto retrogrades, we start wondering, “What’s really floating around under there?”  Pluto retrograde sends us messages from the underground that gradually wend their way into our consciousness.

We’re very busy with internal processing, and during the time Pluto is retrograde we may be somewhat obsessed with matters that correlate with where it falls in our charts. Pluto currently inhabits 11 degrees 35 minutes Capricorn. Take a look and see where that hits your own astrological chart.  One of my favorite book titles is “Slow Motion Riot”, a perfect description of the Pluto retrograde process. We won’t be the same when the retrograde period is over, (after September 20). Since Pluto ’s in Capricorn, neither will large organizations and many other institutions that form the core of our society. Even though nothing seems to be happening, there are huge forces at play. This will result in reorganization, reformation and transformation down the line.

#2:  Saturn quincunxes Uranus at 11:29 PM EDT.  I had a foreshadowing of this one yesterday—I had things that needed to get done, but they were swept away by more urgent demands that arose unexpectedly. I found it hard to stick to any kind of schedule. I felt sluggish and inert—I just wanted to sit with my nice mug of tea and chug through my work at a measured pace (Moon in Taurus), but that wasn’t happening!  The key here: learn how to juggle! Do what you absolutely have to do in order to fulfill obligations, but be aware that things can change in an instant. It requires creativity in order to adjust to the clash of intense energies. Saturn meets Uranus and the old, tried-and-true with all its rules, comes up against the shock of the new. What results from this head-on collision is a new way of thinking, new discoveries that allow us to establish a new framework for living. It’s like upcycling—taking things from the past that someone has discarded and constructing a new creation that may serve an entirely different purpose than the source, but still contains parts taken from the original.

#3:  The Sun parallels Mars today at 6:56 PM EDT. The Sun’s currently in Aries, and as Mars rules Aries, this adds a double dose of high-octane fuel to our tanks. This aspect, plus the Venus/Chiron connection (#4) that also occurs today (Venus is the ruler of Taurus, where the Moon sits; remember that Venus is currently running in tandem with Mars in Aries), may make us hyper-sensitive to perceived injustices or slights. Combined with the rest of today’s aspects, it may make us prone to erratic or volatile behavior, especially with #5, Mercury contra-parallel Uranus, which can either open our higher minds to astounding and original insights or lead us down the path of saying or doing really strange things which no one understands. We’re probably thinking in symbols and channeling abstract concepts today or feel bombarded with insistent ideas, which others may not necessarily want to hear about. Sometimes we just have to go it alone because what we’re thinking or doing isn’t going to be appreciated by others–yet.  We’re like mad scientists today, churning away in our lairs. No one else is quite sure what we’re up to, and it seems crazy, but there just may be a method to our madness.

Since some of the energies today are very charged and unpredictable, and Pluto (dictators, bombs, nuclear energy) is stationing, it may be a very difficult day as far as the situation with North Korea is concerned.  Will they fire missiles, or take their operation underground? Or will world pressure or intervention force North Korea to adjust?

Sabian Symbol for today’s SUN: “ A woman in pastel colors carrying a heavy and valuable but veiled load.”

Kozminsky Symbol for today’s SUN: “A king absorbed in the flatteries of a courtier whose mistress is stealing important documents from a drawer.”

The Keyword for the Sabian Symbol is: “RETICENCE.”

The Keyword for the Kozminsky Symbol is: “ENTRAPPING.”

Today’s Pluto station and Saturn/Uranus connection reminds me of an old-fashioned spy novel. No one and nothing are as they seem, people exchange identities in order to remain secret, things happen behind the scenes, plots are hatched and sometimes thwarted. Today’s Symbols carry on with this theme. Our Kozminsky Symbol shows a king being distracted by a sychophant while his mistress uses the distraction to steal vital information from behind the king’s back. If the king didn’t enjoy being flattered so much, he might spend more time noticing what’s going on in his kingdom. He’s being drawn into a trap. Things aren’t what they seem and vigilance is required. Today’s one of those days where we may discover there’s something rotten in Denmark—a secret regarding political alliances may be revealed or we realize an ally is not really our friend. Be alert for signs of false fronts, obsequious behavior and various forms of sleight-of-hand or trickery.

The Sabian Symbol features our charming Venus-ruled Moon in Taurus (woman in pastel colors) lugging something secret and heavy.  The veil alerts us to the fact that there’s something hidden and “under the radar” here, a perfect image for Pluto stationing retrograde!  There’s a lot bubbling away on under the surface, even if we can’t see it right now. And even though it seems the woman is overmatched by what she’s carrying, she’s not going to leave it behind, which emphasizes its importance. It’s a mystery to the rest of us why she’s doing this, but she has her reasons for shouldering this burden.

This Symbol relates to diplomacy, not revealing things at inappropriate times, and/or keeping something hidden from view. The down side is, of course, that things are not what they seem or something  is obscure/d in order to deceive. It can relate to hidden costs or deceptive behavior (as is the case with the Sabian Symbol).  Taken together, the two Symbols seem to be telling us that we need to look carefully at what’s going on around us, as there are things we’re not seeing or understanding.

It reminds me of the higher side of the 7 of Swords card in tarot—we need to keep our cards close to the vest and survey the scene and note what the other players are up to as we try to decipher their signals. This can relate to high-stakes diplomacy and intrigue. “Rogue “ nations or entities may have a card up their sleeve or are not playing by the rules. We may discover some rather unsettling things today related to hidden plots or all sorts, or hear about them in the news.

The Devil/ 8 of Swords

“Trapped & Bound”. Today’s theme is really all-pervasive, isn’t it? We’re in the dark here, trapped by our own erratic patterns, by the way we think, or because of our own shame, fear and addictions. Going back to the spy novel idea, this combination calls for the hero with some magic contraption to show up and save his/her compatriots from Dr. Evil. Of course all these figures are really parts of ourselves that we’ve disowned or failed to integrate.

The Devil relates to Capricorn, and Pluto is stationing in Capricorn, so rest assured that whatever you’re trying to hide/disown and whatever you’re terrified someone will find out about is going to pop up. It’s time to let go of whatever binds you to malfunction. What’s keeping you tied down?  The number 8 also calls Plutonian energy to mind, so there’s a lot of power here, but much of it is invested in holding back and damming up.

What do you fear will happen if you break free?  It’s time to get out of the comfort zone. Stop terrorizing yourself over everything that has happened in your life.  There’s no hiding anymore, time to come out into the light!